10 Reasons why Coding is Important for Kids

Parents ask us why is coding essential for my children? Are there any advantages for my kids to learn to code? Here are some of the reasons why we believe kids should learn to code:

Coding Teaches Children How to Think 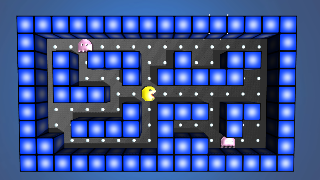 Those that learn to code are essentially, as stated earlier, learning a secondary language. This ultimately teaches them to think and view things in a much more nuanced and analytical way. Rather than simply trying something and giving up, a coder thinks as a problem solver, actively seeking out different methods of resolving a problem before ultimately winning out.

Coding is Another Language

I'm sure you've heard this before and it's true: "Coding is like a computer language"

Why is this important for teaching your child? Well, as with all languages, coding strengthens both their written as well as their verbal skills. And similarly with how learning Spanish will do so much more than help you pass Spanish Class, so too will coding be so much more an advantage than simply "getting computers".

By understanding the complex sequences of 0's and 1's in coding, your child is being exposed to the inner working of how all technology fundamentally works. As the earlier example pointed out, if you were to learn Spanish, you'd be able to speak with considerably more people than otherwise, comfortably go more places than otherwise, and do more things than otherwise, the exact same goes for those that learn to code.

Good news, is that a kid that knows that "computer language" can go a lot more places, meet a lot more people, and do a lot more things than simply learning any standard language like Spanish or English.

Computer Programming is the Future 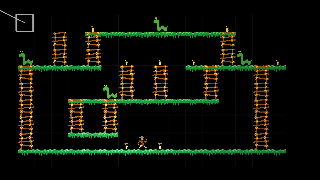 It is a simple fact of reality. With each passing day, technology and computer programming are becoming more advanced and integral to our everyday lives. If we go back only 15 years, the vast majority of people did not have cell phones and the majority of life revolved around paper materials. Fast forward only a decade and a half, and even infants are expertly learning to use tablets and computers.

As more and more time goes by, again, the simple fact of reality is that computer programming will be a vital requirement in order to succeed in business. By teaching your child these skills not only ensures that they have an easier time grasping and utilizing coding and computer programming overall, but it will prove an essential advantage for them throughout their life from this point forward.

Coding Helps Children Learn How to Have Fun with Math

When it comes to coding, not only does it help a child learn different ways to use and apply math, but it makes it easy and fun as well.

Coding, more than anything, is a mathematical language. As such, just by virtue of consistently learning and using it, they are improving their math skills at a much faster rate than if they otherwise had not learned to code.

Coding is Learning While Having Fun

What many people don't actually realize, is that learning to to code is actually quite fun for kids.

For many of us, there is still a belief that coding has not changed from the early 90's, where things were done in a very dry and boring manner. And while this is still true in some of the more advanced instances, this is not true for coding as a whole.

Especially when it comes to entry-level coding, there are numerous fun and challenging methods that are very similar to some of the types of games your child may already be playing now!

While certainly there are a long list of reasons that a child should learn coding that will improve the overall quality of their life as we move more towards a technological world. The great news, however, is that a child doesn't have to sacrifice enjoyment and fun to get those benefits.

When Should My Kid Learn to Code?

While it is never too late to start learning, many believe that the ideal age for a child is around their early preteen years. This is between the ages of 10 and 12 years old. The reason for this is that, during these years, as their brains are still developing, a child is both logical enough to apply information that is given to them, while also creative enough to learn new and different things taught to them. Generally, the older a child becomes from this point, the more difficult it is for them to take coding seriously unless they have already shown an interest in it.

The good news is that there are many accessible tools out there for any parent that wishes to teach their child to read or write code. In fact, there are several dedicated tutorials on getting your child interested in learning to code.

Another reason as to why a child should learn to code is due to the dramatically improved level of computational thinking acquired.

When a child is able to either read or write code, they develop the skills and abilities to methodically problem-solve an issue. These children are able to spot patterns in a sequence, as well as analyze data much more effectively than children that are not taught to code.

The reason this is great news for your child, is that computational thinking does not start and stop at the computer screen. Being able to effectively analyze data as well as break down a problem or issue is vital for succeeding in our society today. What's more, as we move towards an increasingly technological world, these skills will become even more invaluable.

Kids Learn to Use Logic

When it comes to reasons to teach a child to code, one of the biggest is, without a doubt, an increase in logic and logic-based reasoning.

When coding, logic is an essential component to successfully creating anything. Unlike in the real world, where luck and chance play a very real factor in why something does and does not succeed (for example, a rainy day may throw off hundreds of hours of preparations), coding calls for a very consistent and reliable method of formulating step-by-step processes and procedures in order to achieve the desired result.

As such, when a kid codes, their ability to logically break down a situation dramatically improves. This way they understand, at a very early age, key concepts that they can implement throughout their entire life.

By learning to code, a child is able to essentially break down large and difficult tasks into much smaller and more manageable components.

An easy example would be the simple act of putting together a website. When a coder starts the process of creating a website, it is little more than a blank canvas. As such, for them to turn that blank and empty canvas into the next YouTube or Facebook, they must break down each of the different aspects of the website and format it, bit-by-bit, aspect-by-aspect. And while this may start out as an impossible task, at its end, due to this compartmentalized approach, they have made the impossible not only possible, but look easy.

Why is this important for your child? Because these methods of resolving any challenge are universally the same. Whether you are coding, building a car, doing well in school, getting a high-paying job or building a resume, the mental process of turning a large problem into something considerably more manageable is a vital skill that will work in virtually ever facet of life.

Coding Encourages Kids to Think Outside of the Box

Finally, while it may sound a bit counterintuitive, children that learn to code actually are made much more creatively minded than before. When a child learns coding, they begin to understand and believe that, in the virtual world, anything is possible.

For example, to build a house in the physical world is virtually impossible for a child due to the sheer fact that they physically aren't strong enough or capable of actively putting a house together. That same child, when taught coding, can create a virtual house just as realistic and detailed as the physical one. What's more, they can do this on their own, thus flourishing their creativity and uniqueness.

When a child learns to code, they are taught that they have the freedom to create whatever they want in life, so long as they put forth the effort to see it through. This stretches their imagination on what is possible, both in the virtual world as well as the real world at large. They begin to develop more nuanced and "crazy" thoughts and considerations to challenges that would otherwise be disregarded.

This creativity ultimately pushes humanity and progression forward as we are able to tackle and innovate massive challenges in the future, ultimately improving all of society's quality of life.